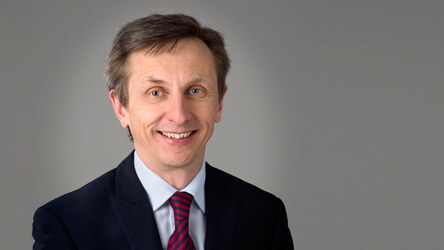 Under legislation from the 1870s, the High Court plays a very important function in looking after the affairs of those who through illness, dementia or some other disability are unable to look after their own affairs. Unless they have made provision before they became unwell by putting in place an enduring power of attorney (appointing somebody else to deal with their affairs), their legal and financial affairs cannot be dealt with. They are not capable of entering into legal transactions or signing documents.

In these circumstances, an application can be made to the High Court to have somebody made a Ward of Court. The effect of this is that the court takes over responsibility for their affairs which will be managed through the Wards of Court office, which is part of the High Court. They are then referred to as “a Ward”.

An application to have someone made a Ward of Court is generally made when they are unable to look after their own affairs and there is some legal or financial logjam that can only be solved by making the person a Ward. The application can be made by any person and must be supported by certificates from two doctors to say that they feel that the person is unable to look after their affairs.

The court will then send out a “medical visitor”, a third doctor to satisfy itself that the person should be made a Ward. The person will be given the opportunity (if they are able) to make an objection and can have their objection decided upon by a jury if they wish.

If the Court proceeds to make someone a Ward, the Ward of Courts office will gather details of all of the assets of the Ward so that the judge can give directions as to the management of the Wards affairs. The committee will carry out these directions and is entitled to instruct a solicitor to help them with this if necessary and these costs will generally be paid by the Wards of Court office from the assets of the Ward.

The committee must report at regular intervals to the Wards of Court office regarding the affairs of the Ward and in the event that any significant transaction is intended, the judge will be required to give his approval. Approval will also be required for any travel abroad or medical treatment.

A small levy is charged by the Wards of Court office which is paid from the assets of the Ward.

An application can be made to the court at any time by the Ward to have the Wardship “discharged” on the basis that they have recovered.

While new legislation in 2015 was intended to do away with the Wardship system, it hasn’t yet been implemented and there will be significant work required before this can happen. The intention of that legislation is to involve the court in helping people only in relation to particular decisions they need to make rather than have the court take over the management of their affairs entirely.

Patrick J Farrell has considerable experience acting in applications for Wardship, acting for committees and acting as committees ourselves and also enacting for the General Solicitor where she is the committee. If you have any queries in this area, please contact niall.farrell@pjf.ie.

We have been dealing with Mr. Paddy Farrell since 1976 and in recent years with his son Niall. During this time we have found Mr. Farrell, Niall and their staff courteous, highly efficient and meticulous in all all their dealings with us over the years.

J. K.
© Patrick J Farrell and Company LLP, Solicitors. All rights reserved. Web Design & Web Development by Acton Web. * In contentious business a solicitor may not calculate fees or other charges as a percentage or proportion of any award or settlement.
Cookie consent
We use cookies to optimise our website and our service.
Manage options Manage services Manage vendors Read more about these purposes
Preferences
{title} {title} {title}